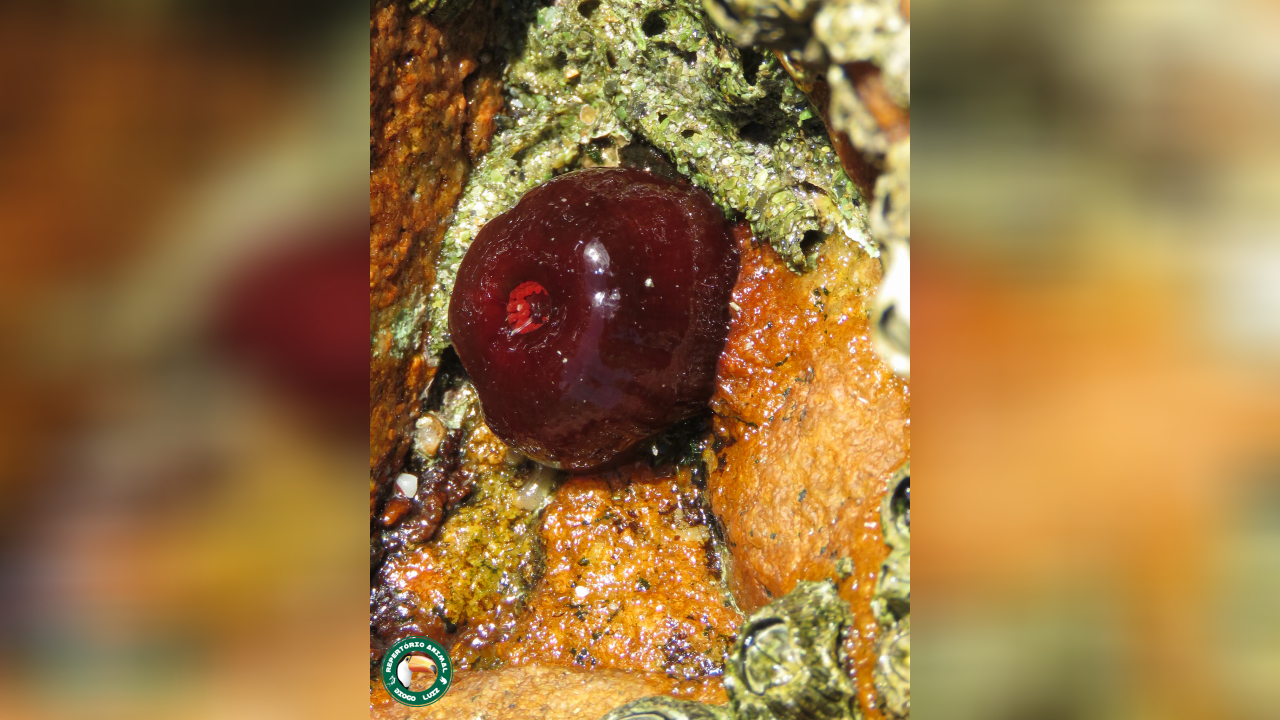 This is a general hint!
Actinia bermudensis has a harmful toxin.
As a rule, animals with a harmful poison do not pose any danger in normal Aquarieaner everyday life. Read the following husbandry information and comments from aquarists who already keep Actinia bermudensis in their aquarium to get a better picture about the possible danger. However, please be careful when using Actinia bermudensis. Every human reacts differently to poisons.
If you suspect that you have come into contact with the poison, please contact your doctor or the poison emergency call.
The phone number of the poison emergency call can be found here:
[overview_and_url_DE]
Overview Worldwide: eapcct.org

Actinia bermudensis is usually found under rocks, in crevices or on the undersides of cliff faces, furthermore this species of anemone generally prefers the intertidal zones of rocky coasts and estuaries, but is also often found in caves.

Actinia bermudensis has a smooth body with a blood-red or maroon colouration, the pedal disc of the anemone can grow up to four centimetres wide, but the rest of the body tapers to three centimetres.
Overall, the red anemone generally reaches a height of five centimetres, the oral disc bears between 96 and 140 particularly short and simple tentacles arranged in two irregular rows

Sea anemones, like many cnidarians, can form symbiotic relationships with photosynthetically active dinoflagellates, the zooxanthellae. This symbiosis is usually rewarding for both organisms, usually each receiving some kind of benefit, either as food, shelter or housecleaning.

However, it has been observed that Actinia bermudensis receives no benefit from the relationship it forms with zooxanthellae.
In fact, this symbiosis has been called parasitic because the zooxanthellae do not provide photosynthate for the anemone and are often digested when other sources of nutrients are lacking!

Although there are very few studies on Actinia bermudensis, it has been observed that Actinia equina can absorb nutrients, such as dissolved glucose and amino acids, directly through the ectoderm.
In addition, other food particles and prey have been observed to be taken up into the coelenteron to be extracellularly digested between the mesenteries

Reproduction:
The red anemone can reproduce asexually by longitudinal fission, and also give birth to sexually produced live young.

Caution: This anemone can produce a deadly toxin for defence, a secretion containing deadly peptides and proteins.
In addition, the red anemone has spherical acrorhagi with numerous nematocysts that are also used for defence.

Predator:
Despite the toxin being lethal to other marine life, it does not seem to affect the nudibranch Aeolidia papillosa, it loves to eat the anemone!

0 husbandary tips from our users available
Show all and discuss